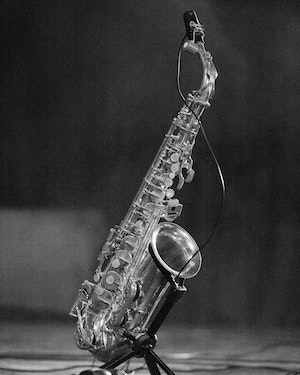 Gene was born June 10, 1938, in Warren, Ohio, the son of the late Benjamin and Stella (Putnicki) Petrosky.

He was a 1956 graduate of Warren G. Harding High School and a 1961 graduate of Youngstown State University with a Bachelor of Engineering Degree.

During his early school days in Warren, Gene developed an interest in music. He became an accomplished saxophone and clarinet player and played with various polka and variety bands in the Warren area prior to his military and civil service career in Dayton, Ohio.

Throughout his lifetime, Gene was a sports enthusiast and followed teams in all sports at the high school, college, and professional levels. He also enjoyed playing and competing in the softball, basketball, and golf leagues at Wright-Patterson Air Force Base.

Upon graduation from Youngstown State University, Gene accepted the position of industrial engineer with the U.S. Air Force at Wright-Patterson Air Force Base in Dayton, Ohio. He began his employment in the base supply division where he was involved in the modernization of Wright-Patterson’s receiving, shipping, and warehousing operations, Military and Civil Service in Dayton, Ohio.

During 1962, Gene enlisted in the U.S. Army under the Reserve Forces act program. He was assigned to the Army Armor Center at Fort Knox, Kentucky, where he completed his active-duty formal training.

After training, he returned to Wright-Patterson, where he then completed both his Army Reserve obligation of eight years and his Civilian Career with the Air Force.

On August 17, 1968, Gene married the former Theresa Kalosky of Youngstown, Ohio. They lived in Dayton for 36 years and returned to the Youngstown-Warren area to be close to family.

During his working career, Gene held several key engineering and management positions and was a civil engineering program manager when he retired in 1993 with 32 years of combined military and civil service.

Gene was active in the Dayton, Ohio chapter of the American Institute of Industrial Engineers, where he served on the board of directors and as chapter development chairman. He was also a member of the Ohio Society of Professional Engineers, the Society of American Military Engineers, and the National Association of Active and Retired Federal Employees.

Preceding him in death were his parents, three sisters; Mary Bayowski, Sadie Bayowski, and Clara Petrosky and a brother; Joseph Petrosky.

Interment will be in St. Joseph Cemetery in Warren.