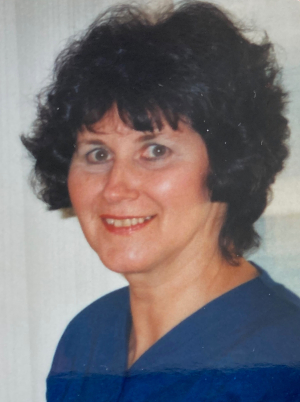 Gainesville GA... In the comfort of her own home in Gainesville GA, Sandra Fetsko celebrated her 80th birthday with her husband, friends and caregivers by her side. Three weeks later July 18th with her rosary firmly  in hand and scapular in place she left this world to celebrate with God, her family and old friends in heaven.

Sandra was born in Warren Ohio June 26, 1941, the only child of Paul and Yolanda Dabelko. She attended St. Mary's high school and graduated in 1959. She also served as the 1958 home coming queen.

After graduation, Sandra worked for Youngstown Kitchens and Thomas Steel in Warren as secretary. In 1964 she married Richard Fetsko also of Warren, and the couple moved to Detroit Mich. Where She worked for Honeywell Corp.

In 1969 the couple moved to Atlanta, GA. Where she worked for Amp corp. as a regional secretary, until 1982 when she helped her husband get a “basement startup company” in the emerging data communications field off the ground. She served as Secretary Treasurer and with her warm and inviting personality, soon became the spirit of the company.

As the company grew for the next 30+ years so did Sandra's responsibilities which she ate up and handled very competently. This also presented her the opportunity to travel extensively both domestically and internationally by tagging along on the companies’ trade show circuit. She would make new friends wherever she went. She was just one of those people that people gravitated toward.

In 2012 health issues necessitated the sale of the company and Sandra retired. Although health issues somewhat restricted travel after retirement, she managed to spend some time at the couple’s winter home in Florida. She also enjoyed entertaining family and friends at her lake home in Gainesville GA. She also served on the board of directors of the Fetsko Family Charitable Foundation.

Sandra was preceded in death by her parents, several aunts and her dog Martin. She is survived by her husband of 56 years and many cousins.

In spite of her exposure to various places and cultures, Sandra always considered Warren as her home. She will be buried at All Souls Cemetery in Bazetta, Ohio.

A special thanks to “Taffy” her head care giver and friend who was with Sandy from the beginning of her need for assistance. She managed to hold everything together throughout Sandra's extended illness and make her last days in this world as comfortable as possible.

A Funeral Mass will be Tuesday, following the calling hours at 11:30 a.m. at Blessed Sacrament Church in Warren, with Rev. Christopher Cicero officiating.

A Grave side service will follow at All Souls Cemetery in Bazetta.

Family and friends may visit www.peterrossiandsonfh.com to view this obituary, sign the guestbook, and send condolences to the family.